Thanks to the COVID-19 pandemic we are now all too familiar with the capabilities that nanoscale protein containers (also known as cages) can exhibit. Viruses such as SARS-CoV-2 have a protein shell that encloses their genetic material and plays a key role in protecting it and transporting it between cells.
Researchers have long understood that mimicking the capabilities of small protein cages found in nature could be very useful. The advantages of such “artificial protein cages” include that fact that they could be designed to be filled with useful materials such as disease-treating therapeutic drugs. They would then be able to protect these agents until reaching the point of need (e.g. a particular location in the body) and releasing the drug. A major challenge has been programming the containers such that they remain closed until triggered to open by a particular signal decided by the designer.
This has now been demonstrated by researchers at the Bionanoscience and Biochemistry Laboratory at the Malopolska Centre of Biotechnology, Jagiellonian University. Normally there are multiple interactions between the proteins in that constitute protein cages, making them difficult to open on demand. The researchers solved this problem by replacing the interactions with much simpler ones. “We were able to reduce the complex network of interactions between the proteins that make up the cage to a single interaction, meaning that we could change the way they were connected without worrying about unexpected effects elsewhere,” explained Professor Jonathan Heddle, the corresponding author of the work head of the Bionanoscience and Biochemistry Laboratory, “In this way we were able to connect proteins with different molecules and so control how they disassembled – depending on the nature of the particular connectors used.”
The team showed that the cages could be used to carry different fluorescent proteins which shone one colour when together in the closed cage but changed colour when the cage was opened “We only saw a colour change when we added a specific trigger to open cages” said Professor Heddle who hopes the capabilities of the cage can be developed further with increasing sophistication eventually leading to useful applications in medicine and beyond.

The work was carried out in collaboration with local and international partners including The Institute of Zoology and Biomedical Research at Jagiellonian University, Weill Cornell Medicine in the USA and The University of Leeds, UK. The work appears in the current edition of Science Advances. 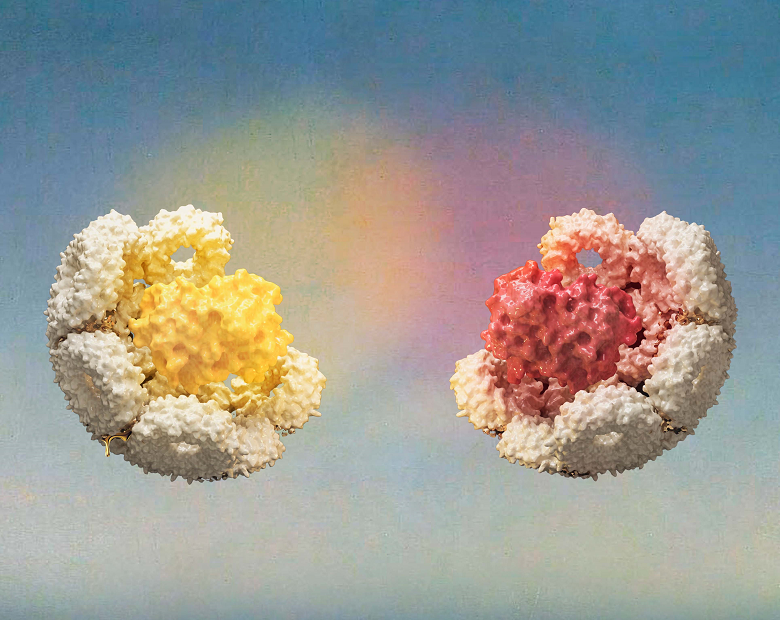