In a breakthrough piece of research, scientists have developed a tiny, hollow protein sphere, termed a “nanocage”, placed another protein inside it, and delivered both to cells.

Drugs are becoming more complex; what were once simple small molecules are increasingly sophisticated functional biomacromolecules such as RNA and proteins. Being large and often quite fragile they offer a challenge for delivery to cells in the body where harsh conditions could disrupt them before they reach their target. Therefore, encapsulating them in a stable, protective container that can keep them in a pristine state until they reach their desired point of action would be very useful. This is especially true if the protective container can then open to release the drug where needed. This is what the new work has demonstrated.

The researchers, based at the laboratory of Professor Jonathan Heddle at the Malopolska Centre of Biotechnology, Jagiellonian University, used an artificial protein cage called “TRAP-cage” which they had previously developed. TRAP-cage is around 21 nanometres in diameter and incredibly stable but opens up in response to conditions similar to those found in cells. In the new publication, in the journal Biomacromolecules, the team, including lead authors Antonina Naskalska and Kinga Borzęcka-Solarz, showed that a protein called green fluorescent protein (GFP) could be placed inside TRAP-cage. They then added molecules on the outside of the cage to give it the ability to penetrate cells. Using a microscope, they were able to observe it entering cells and freeing its cargo.

"The fact that the cage is highly stable but appears to open only in the cytoplasm of the cell, releasing cargo, is something very appealing for potential applications in drug delivery, ” commented Professor Heddle, who hopes that the work could be the foundation for producing new kinds of cages and the first step towards developing a form of programmable biological matter.

Find out more about the Heddle lab here: www.heddlelab.org 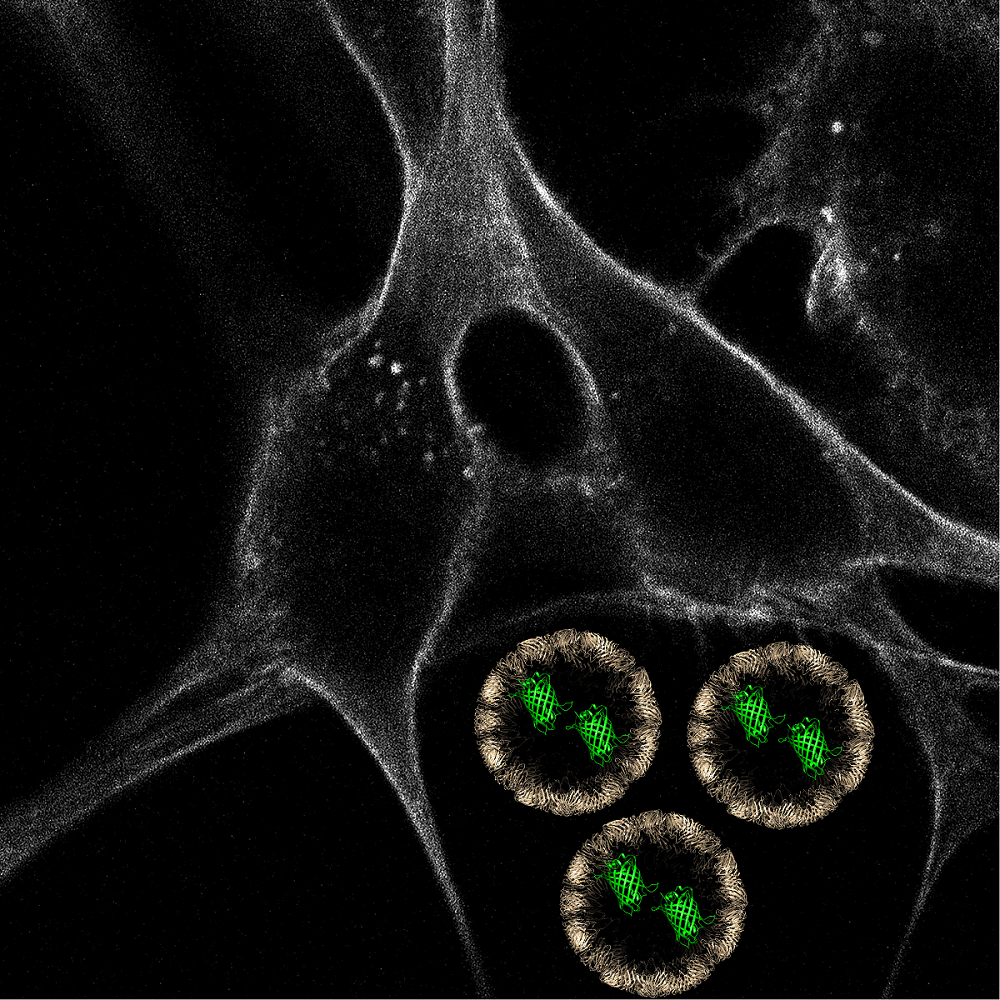