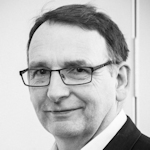 Tony Cass is Professor of Chemical Biology in the Department of Chemistry and Institute of Biomedical Engineering. He trained originally as a chemist with degrees from the Universities of York and Oxford. His research interests are in the field of analytical biotechnology both in the use of molecular engineering and design to produce new reagents for biosensors and bioanalysis and in microfabrication for device structures. He pioneered the use of synthetic electron transfer mediators for enzyme biosensors and his work in this area led to the development of the first electronic blood glucose measuring system, commercialised by MediSense Inc. (now part of Abbott Diagnostics), and the award of the Royal Society's Mullard Medal (along with Professor HAO Hill FRS and Dr MJ Green) and a Chemical Landmark Award (with Professor HAO Hill FRS and Dr Graham Davis). 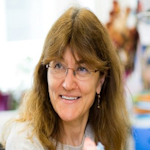 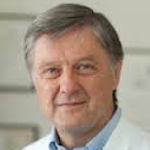 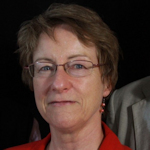 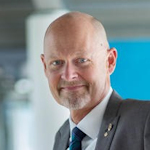 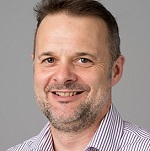 Tim Hammonds is Deputy Director of Discovery at Cancer Research Technology Discovery Laboratories in London. Tim has been in his current role at CRT-DL since April 2014. He leads multiple aspects of translational drug discovery and has strategic responsibility for the Cancer Biology Advisory Board and the design, planning, negotiation and management of multi-site academia-industry alliances. During his 16 years at CRT, Tim has been central to establishing our small molecule drug discovery capabilities. Tim joined CRT-DL after 5 years postdoctoral enzymology research at the University of Leicester. He has a degree in Pharmacy and a PhD in pharmaceutical chemistry and microbiology from the University of Nottingham.

The International Advisory Board (IAB) is responsible for performing external evaluations of research at the MCB JU laboratories and of their leadership. Committees of Scientific Reviewers (CSR) can be established, when needed, to take part in the process. CSRs consist of scientists, external to MCB and JU, who assist the IAB and the MCB Director in evaluating the quality of ongoing research programs at MCB JU.