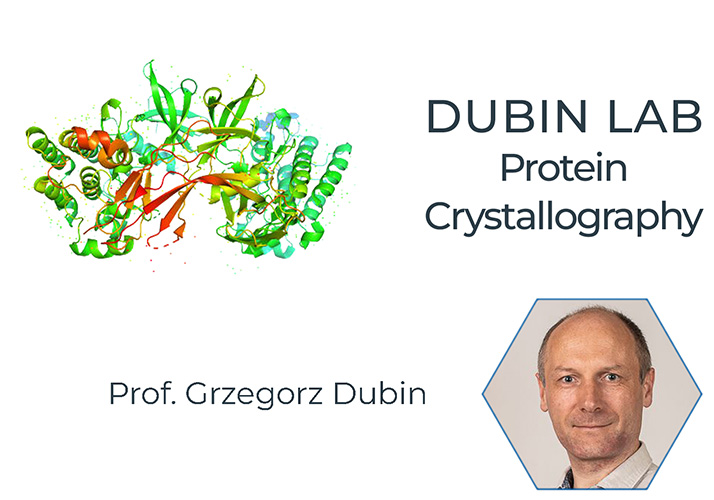 The Protein Crystallography Research Group lead by Grzegorz Dubin focuses on determination, interpretation and understanding of X-ray structures of biological molecules involved in:

We also provide expertise in collaborative undertakings in multiple areas of basic and applied research.

We are primarily interesting study in interactions of proteins and proteins and low molecular weight substances within the subject of carcinogenesis and bacterial pathogenesis. Currently were realize our own projects involving structural characterization of kinases of essential role cancer, p53 pathway, bacterial proteases of unknown catalytic mechanism and staphylococcal proteases. In parallel to the crystallographic studies we also develop aptamer selection techniques (especially single-stranded DNA) against targets of importance in cancer. In addition to our own research, we are also involved in broad scientific collaboration and cooperation with the industry on other subjects whenever problem scan be solved by X-ray crystallography of proteins. We invite anyone interested in collaboration.

The X-ray Crystallography Laboratory of MCB has extensive experience in solving protein structures and the structures of complexes. The primary laboratory equipment consists of an X-ray diffractometer (RigakuMicroMax-007 HF) with CCD and IP detectors. Crystallization screening is carried out using an automatic pipetting station (Phoenix RE). Laboratory is also exceptionally well equipped for expression, purification and analysis of proteins.

Research grants and other funding

2011-2015 National Centre of Science, Poland
Structural studies on proteases of unknown catalytic mechanism. Development of unique team of researchers focused on structural studies at the Jagiellonian University and at the Malopolska Centre of Biotechnology

2010-2013 National Centre of Research and Development, Poland
Anticancer therapy of the future – a search for low-molecular-weight activators of p53 pathway

2008-2010 Ministry of Science and Higher Education, Poland
Towards a consistent picture of extracellular proteolytic activity of Staphylococcus aureus – characterization of the role of Spl proteases and epidermolytic toxins.

2007-2009 National Centre of Research and Development, Poland
Technical Initiative I – Expression platform for recombinant proteins in the Gram positive bacteria.

2007 Foundation for Polish Science, Poland
Expansion of scientific potential of the Protein Crystallization Laboratory at the Faculty of Biochemistry, Biophysics and Biotechnology of the Jagiellonian University 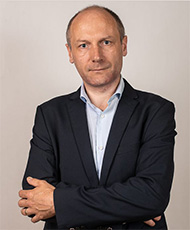