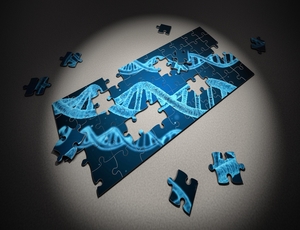 How did life begin? Researchers at the Malopolska Centre of Biotechnology (MCB) at the Jagiellonian University recently outlined how this may have occurred in a paper published in Trends in Ecology and Evolution.

Life as we know it is cellular and began on earth over three billion years ago. Complex organisms such as humans are made of trillions of cells while the simplest life forms consist of a single cell. While we are used to new life forms (“children”) arising from existing life forms (“parents”) this could not have been the case for the very first life form which is known as the initial Darwinian ancestor (IDA). By definition, the IDA must have arisen spontaneously through some form of chemical reaction. It would therefore need to be ‘simple’ and able to self-replicate.

It would not however, have been a cell: even a single cell is a complex self-replicating machine with hundreds of thousands of biological “parts”, far too complex to arise spontaneously. If the IDA was not a cell then what was it? The most attractive idea to date was that it was a strand of a nucleic acid, namely RNA, the close cousin of DNA. RNA is known to catalyse chemical reactions (useful for building copies of itself) and carry information (useful for encoding instructions for what to build). However this theory has some problems – current data suggests that an  RNA strand capable of self-replication would likely be much too long to spontaneously assemble and does not reflect the self-replicating systems seen in cells today which consist of two components – nucleic acid and proteins.

A new opinion article by Jonathan Heddle, head of the Bionanoscience and Biochemistry Laboratory at MCB in collaboration with Bernard Piette from the Department of Mathematical Sciences, Durham University puts forward the argument that the IDA was also two-component – consisting of a short nucleic acid strand and a short peptide: the nucleic acid contains information for how to build the protein from simple building blocks and guides their assembly, while the assembled protein makes copies of the nucleic acid strand. In this way the pair act as a two-component self-replicating system.

“We like this idea as it retains the split between the function of nucleic acids and proteins we see in cells today and the individual parts seem simple enough to have come about spontaneously on the early earth” said Professor Heddle.