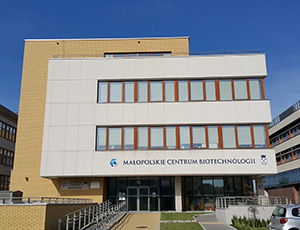 Malopolska Centre of Biotechnology of the Jagiellonian University (MCB JU) in Krakow (Poland) has been established in January 2014 owing to the financial support from the European Regional Development Fund in the framework of the Polish Innovation Economy Operational Program.

The Malopolska Centre of Biotechnology (MCB) is a new research unit at the Jagiellonian University created with the aim to carry out research of outstanding quality. The mission of MCB is to stimulate scientific collaboration within the University and with other Polish, European and world research institutions. The International Advisory Board is responsible for evaluation of MCB performance and shaping the future of this exceptional research unit (more information on www.mcb.uj.edu.pl/IAB).

By offering modern laboratory space and implementing international standards MCB provides an attractive work place for the most talented Polish and international scientists. The main research areas explored at MCB are structural biology, plant molecular biology and genome biology. Currently over 15 groups are conducting research at MCB and three of them including Max Planck laboratory are led by foreign scientists. The execution of the MCB mission will be eased by 4 core facilities organized in the fields of crystallography, genomics, proteomics and fMRI. 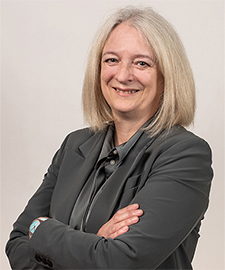