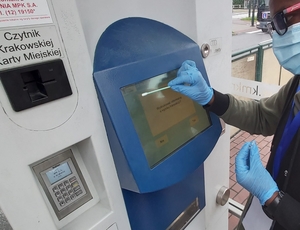 The handrails and benches in our cities can sometimes have more biodiversity than can be found in rainforests. As a result, scientists around the world will attempt to dive into the wealth of new life forms found on public transport surfaces during the next Global City Sampling Day. Krakow will join this large-scale action aimed at collecting swabs with microbiological "fingerprints" of cities for the second time.

June expeditions to the vicinity of urban transport systems

global City Sampling Day (gCSD), takes place every year on 21 June in over 60 cities on six continents, from Stockholm to Shanghai, from Sacramento to Sydney. Krakow joined the gCSD in 2020, when volunteers took swabs at stops and in trams from ticket machines, seats, railings, handles, located on tram lines 52, 50 and 14. Additional samples were taken with an air sampler in tunnels located near the Main Train Station. This year, the action will be repeated, and on the basis of the results from both years, Paweł Łabaj, PhD, and his team from the Małopolska Centre of Biotechnology at the Jagiellonian University will present a microbiological "fingerprint" of Krakow's urban space. These data are particularly helpful in understanding human interaction with the urban microbial world. 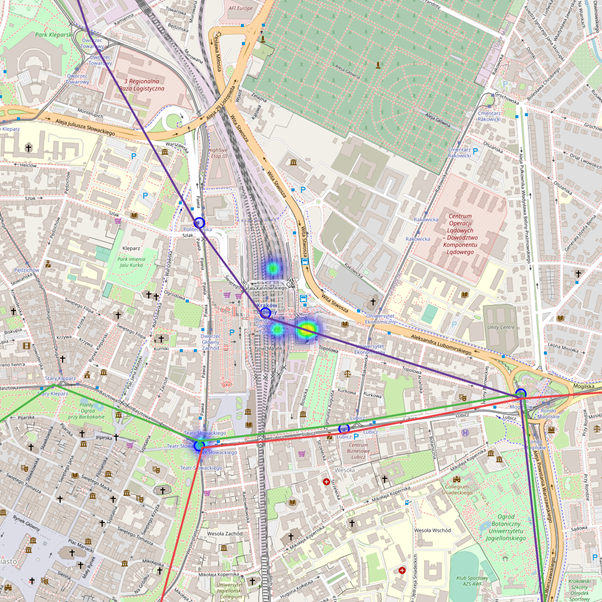 gCSD around the world

The gCSD project relies heavily on members of the MetaSUB International Consortium. Paweł Łabaj, PhD, head of the Bioinformatics Group at the Malopolska Centre of Biotechnology at the Jagiellonian University, is the national coordinator of the MetaSUB Consortium and co-founder of the MetaSUB Europe Society, while he is also the initiator and main organiser of the gCSD in Krakow. Teams of researchers and volunteers spread over mass transit systems in more than 60 cities, have already collected thousands of samples starting in 2015. Some travellers were so curious that they joined the teams collecting samples. Sometimes passengers didn't understand what the researchers were doing with their little swabs. For example one New York resident warmly thanked the volunteers for cleaning up the subway. 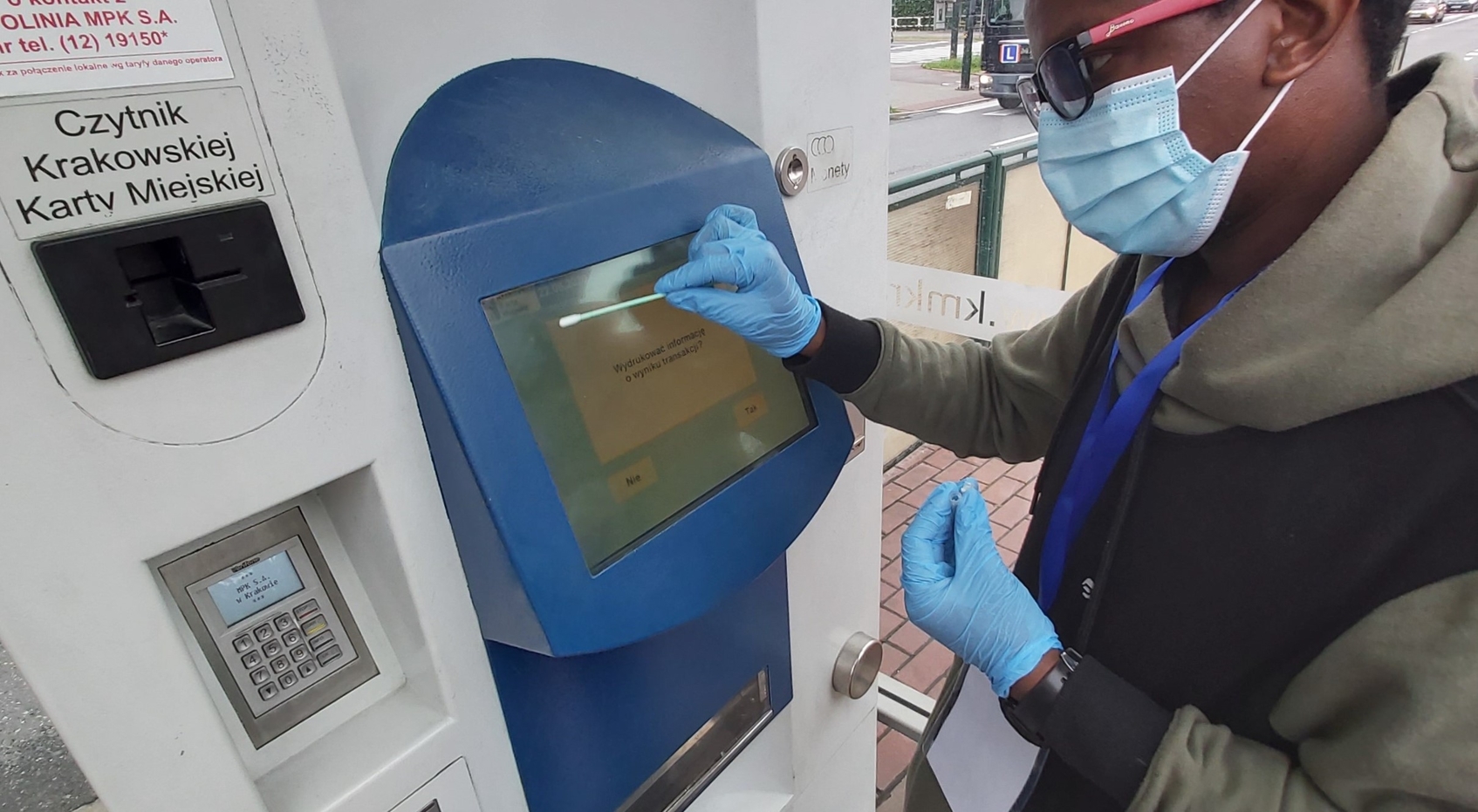 Further fate of the samples

The samples will be transferred to the general gCSD sample database in New York run by Professor Christopher Mason, founder of the MetaSUB Consortium. The New York-based research team will extract and sequence DNA from each sample to identify the microbial species present. In May, the consortium published results from the first years of conducting gCSD in the prestigious journal Cell. In total, the researchers found 4,246 known species of microorganisms in all samples collected from the surface. Two-thirds of these were bacteria, while the rest were a mix of fungi, viruses and other types of microbes. But that's not all. They also found 10,928 viruses and 748 types of bacteria that had never before been documented in any database. The vast majority of these organisms are likely to be neutral to humans, experts say, and some may actually be beneficial. Almost all of the new viruses they found are likely to be bacteriophages, viruses that infect bacteria. Some of the newly discovered microbes could help create new treatments for rare diseases, new generations of drugs or other useful compounds, or they could help with the remediation of polluted areas. But most of all they increase our knowledge of the environment we live in and make us aware of how strongly we are connected to this environment and how it affects our health and well-being. 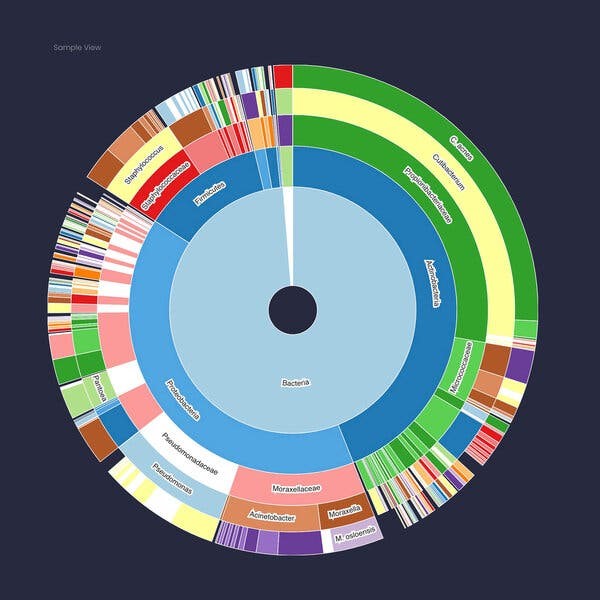 "Sunburst" map showing the relative abundance of each species in a sample. Source MetaSUB.

gCSD 2020 with the participation of the City of Krakow

The project would not have been possible without active cooperation with representatives of local governments and municipal transport companies: the City of Krakow, ZTP Kraków and the MPK S.A. in Cracow.