An international consortium has reported the largest-ever global metagenomic study of urban microbiomes, spanning both the air and the surfaces of multiple cities. The international project, which sequenced and analysed samples collected from public transit systems and hospitals in 60 cities around the world, features comprehensive analysis and annotation for all the microbial species identified—including thousands of viruses and bacteria and two archaea not found in reference databases.

“Every city has its own ‘molecular echo’ of the microbes that define it,” says senior author Christopher Mason, a professor at Weill Cornell Medicine (WCM) and the director of the World Quant Initiative for Quantitative Prediction. “If you gave me your shoe, I could tell you with about 90% accuracy the city in the world from which you came.”

The findings are based on 4,728 samples from cities on six continents taken over the course of three years, characterize regional antimicrobial resistance markers, and represent the first systematic worldwide catalogue of the urban microbial ecosystem. In addition to distinct microbial signatures in various cities, the analysis revealed a core set of 31 species that were found in 97% of samples across the sampled urban areas. The researchers identified 4,246 known species of urban microorganisms, but they also found that any subsequent sampling will still likely continue to find species that have never been seen before, which highlights the raw potential for discoveries related to microbial diversity and biological functions awaiting in urban environments. 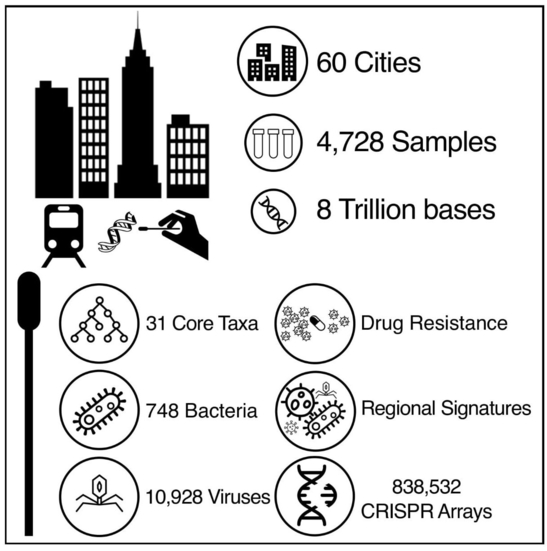 This project began in 2013, when prof. Mason started collecting and analysing microbial samples in the New York City subway system. After he published his first findings, he was contacted by researchers from all over the world who wanted to do similar studies in their own cities. The worldwide interest inspired Mason in 2015 to create the International MetaSUB Consortium (short for Metagenomics and Metadesign of Subways and Urban Biomes). One of the first who has joined was prof. Paweł Łabaj (MCB UJ) who used to collaborate with prof. Mason in other projects. As a leading member of International MetaSUB Consortium was first a PI in Vienna, Austria and is now in Kraków, Poland. He is also leading efforts of European consortium partners within founded MetaSUB Europe Society.

The consortium oversees projects such as global City Sampling Day (gCSD), held every year on June 21.  Kraków has joined gCSD in 2020 when volunteers have collected swabs at tram stops and trams from ticket vending machines, seats, handrails, handles, located on the routes of tram lines 52, 50 and 14. Additional samples were collected with the air sampler in tunnels located near the Main Railway Station. This year the action will be repeated and based on results from both years prof. Paweł Łabaj and his team from Małopolska Centre of Biotechnology of Jagiellonian University will present microbiological "fingerprint" of urban space in Kraków. The project would not have been possible without active cooperation with representatives of local governments and municipal transport companies: the City of Krakow, ZTP Kraków and the MPK S.A. in Kraków.

Furthermore, the consortium has done wide-ranging studies including a comprehensive microbial analysis of Rio de Janeiro’s city surfaces and its mosquitoes before, during, and after the 2016 Summer Olympics. Another project, launched in 2020, is focused on investigating the prevalence of SARS-CoV-2 and other coronaviruses in domestic cats, and a project also is planned for the 2021 Tokyo Olympics. Thus, the consortium focus has expanded to collecting samples from air, water, and sewage in addition to hard surfaces.

“There are millions of species on Earth, but we have a complete, solid genome reference for only 100,000 to 200,000 at this point (…) People often think a rainforest is a bounty of biodiversity and new molecules for therapies, but the same is true of a subway railing or bench.” prof. Mason says, explaining that the discovery of new species can help with the building of microbial family trees to see how different species are related to one another and identify ones of potential use in medicine.

The new research has also implications for detecting outbreaks of both known and unknown infections and for studying the prevalence of antibiotic resistant microbes in different urban environments. It also can contribute to new discoveries about the evolution of microbial life. MetaSUB researchers in Switzerland (Drs. Andre Kahles and Gunnar Rätsch, ETH Zurich) also released a searchable, global DNA sequence portal (MetaGraph) that indexed all known genetic sequences (including MetaSUB data), which maps any known or newly discovered genetic elements to their location on Earth and can aid in the discovery of new microbial interactions and putative functions. This feature can also be applied in the prediction of metagenomic sample origin what has a potential in the forensics and intelligence. The teams of prof. Wojciech Branicki and prof. Paweł Łabaj (MCB JU) investigate this route within NCBiR SMAFT grant and collaborate closely with Dr Kahles (ETH Zurich, Switzerland). 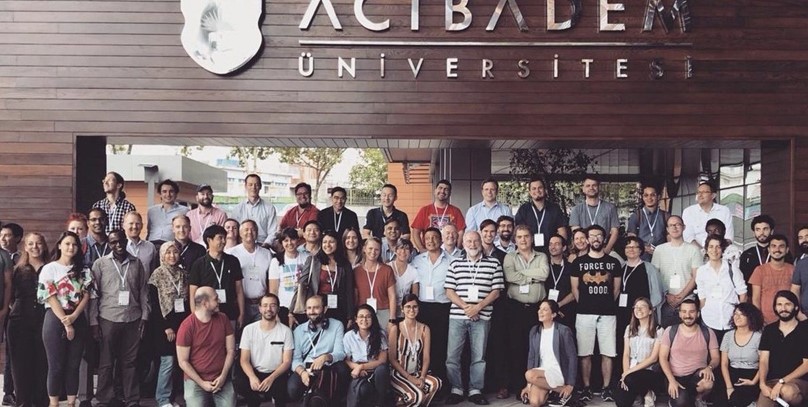