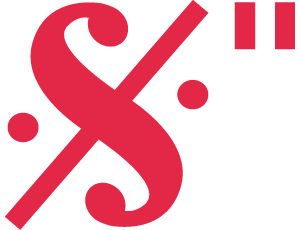 The National Centre of Science has announced the results of the 10th edition of the SONATA BIS competition. By the decision of the Director of NCN, three projects submitted by MCB scientists will be financed. Grants will enable researchers to carry out pioneering basic research and form new research teams.

SONATA BIS is a competition for research projects the purpose of which is to establish a new research team conducting basic research, in which, apart from the project leader, there can be no persons holding a scientific title or equivalent rights. In the just concluded tenth edition of the SONATA BIS competition, funding of the total value of nearly PLN 179 million will be granted to 76 out of 427 submitted applications.

Małopolska Centre of Biotechnology achieved a very high success rate. As much as 75% of applications submitted by the MCB in this edition of the SONATA BIS competition were qualified for funding. Grants were awarded to:

Maturity Onset Diabetes of the Young (MODY) is caused by mutations in single genes and develops in people under 25 years of age. The most common form of MODY is caused by a mutation in the hepatocyte nuclear factor-1 alpha (HNF1A) gene and patients with HNF1A-MODY often develop vascular complications. In the current project, the molecular basis of increased permeability of endothelial cells with mutations in the HNF1A gene will be better understood, in addition to selected results verified in hiPSCs lines obtained from patients with HNF1A-MODY diabetes. We will try to elucidate the relationship between ROS production, calcium levels, mitochondrial function and cell junction proteins. This will open the possibility of developing new, precise preventive therapies for HNF1A-MODY patients.

Microorganisms can be viewed as a single "meta-organism" in which a variety of microorganisms perform unique functions that provide them with a self-sustaining living environment. Most studies of microorganisms, however, neglect to understand why certain species coexist with each other in specific locations, regions and conditions. Gaining this kind of knowledge is crucial to understanding the complex functions of these microorganisms and their impact on human life. The winning project uses novel approaches from the fields of Data Science and Big Data to conduct an in-depth analysis of the interactions between different taxonomic and functional units in terms of information potential and to identify the most useful contextual features from metagenome sequencing data. The newfound synergies and anergies between microorganisms may lead to new insights in the fields of medicine (e.g. correlative analysis of microbiota in patients with Asperger's syndrome), ecology (e.g. mining interactions between microorganisms in time series to better understand changes in the biosphere), agriculture (e.g. searching for interactions between microorganisms and plants) and pharmacy (e.g. investigating the causes and tracking of microbial drug resistance).

Project - "Application of epidemiological genomics and experimental microbiology to study the evolution of host range in bacteriophages."

Klebsiella bacteria are one of the most common causes of multi-drug resistant infections in hospitals and we now need new weapons against them. One solution is to study phages, which over millions of years of collective evolution have invented many such weapons that remain unknown to us. Secondly, specific bacterial sugars (serotypes) are often the target of vaccines that protect against bacterial diseases. By understanding the diversity of these sugars, we can help design better vaccines. Finally, phages are increasingly being used as a last source of protection against bacterial infections.  In the project, thousands of Klebsiella bacterial genomes, using bioinformatics and computer simulations, will be used to study how bacterial and phage surface molecules change over time. The molecules that phages use to 'enter' the bacterial cell will be identified. Isolating these proteins will also identify the surface molecules that they recognise. This will provide ideas for biotechnological tools against infectious bacteria. Furthermore, we will be able to increase our knowledge of phages and which clinical strains they can potentially be used against.