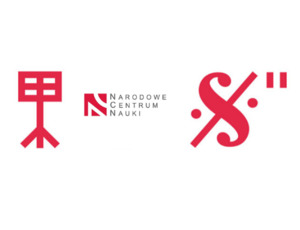 The National Science Center (NCN) announced the ranking lists of Maestro 11 and Sonata Bis 9 competitions. In both competitions, a total of 468 applications were submitted with a 19% success rate for the Maestro 11 and 18% for the Sonata Bis. Malopolska Centre for Biotechnology scientists were highly successful in receiving funding. In combination, over 13.8 million PLN have been awarded for research at the MCB.

For the Maestro competition, applications could be submitted by experienced scientists planning pioneering research going beyond the current state of knowledge. To become a project leader, you must demonstrate publications in recognized scientific journals, have experience in managing other research financed through a competition, as well as actively participate in the life of the scientific industry, e.g. by sitting on the scientific committees of international conferences or belonging to international associations. Two leaders from the MCB will receive funding for their projects, Prof. Ewa Zuba-Surma (affiliation with the MCB and the Faculty of Biochemistry, Biophysics and Biotechnology), and Prof. Jonathan Heddle affiliated with the MCB.

In this project, we will investigate the mechanisms underlying the observed regenerative activity of the studied extracellular vesicles (EVs) fractions. The role of selected miRNA molecules carried by these vesicles in various types of heart tissue cells, both in vitro and in vivo, will be examined. A molecular strategy to silence the expression of selected miRNAs to investigate the biological properties of modified EVs and their effect on the molecular and cellular functions of heart cells will be used. Project results will not only provide us with new knowledge on the mechanisms of pro-regenerative action of various types of vesicles produced by stem cells but may also potentially open new perspectives for actions aimed at improving the regeneration of cardiac tissue in patients after ischemic injury.

Prof. Jonathan Heddle's project aims to build artificial hollow balls (called "cages") which are just tens of nanometres in diameter using proteins. The bio-compatible nature of proteins and the fact that they can be easily engineered using biotechnological techniques makes them an attractive option for many potential uses. By altering the external surface and filling with various useful cargoes we believe it will be possible to invent new cages with potential therapeutic use. In the project, we will try to engineer new properties into protein cages that will be fit them for these challenging but exciting tasks.

Sonata Bis supports scientists who have a doctoral degree obtained within the last 5 to 12 years. Successful applicants will use the money to establish new research teams. To be successful they had to show from 1 to 10 significant scientific papers published in the last 10 years. Funding will be given to 2 scientists from the MCB, Dr. Anna Czarna, and Dr. Shino Yamada.

The expected effect of the project will be confirmation of the effectiveness of interventions in the DYRK1A and GSK3 signaling pathways using low-molecular inhibitors to stimulate the proliferative potential of beta cells in the pancreas. In the long term, the proposed strategy creates a vision of developing therapeutic methods that will allow for the complete cure of diabetes (instead of insulin supplementation), and as a consequence improve the quality of life for millions of people and significant relief for healthcare systems.

"Insight into the molecular basis of peroxisome degradation mechanisms through autophagy in terrestrial plants" - 2.1 million PLN

Autophagy is a process that occurs in all eukaryotic organisms, however, in each body, there are different mechanisms to regulate autophagy. This project will focus on a better understanding of the process of creating an autophagosome, which is important not only for pexophagy but also for other types of autophagy. This knowledge can help understand the mechanism of controlling autophagy in eukaryotes, including humans, as well as crops.